WHAT WE NEED TO KNOW ABOUT GOVERNMENT ELECTION PRIMARIES

2019 is the year of Elections for Local and State Governments. We will have the Democratic and Republican Primary elections in August, and then the winners of those primaries will face off in the General Election in November.  And with the large number of contestants in some of those races, there will likely be Primary Run-off elections.

WHAT IS A PRIMARY ELECTION?

In Mississippi, candidates run for election as either a Democrat or a Republican or an Independent candidate.   Because it is more difficult to qualify as an Independent Candidate (they need more signatures on a qualifying petition and cannot access direct funding or support from either the county or state Democratic or Republican Parties, it is fairly rare to have Independent candidates.  A Primary Election is held when there is more than one candidate from the same party running for a particular office.  In other words, there are two or more Democratic Candidates running for Governor, or two or more Republican Candidates running for Governor.

WHAT SHOULD YOU EXPECT AT THE PRECINCT AT A PRIMARY ELECTION?

If you choose to vote in the Democratic Primary, then you will ONLY be able to choose between the various Democrats running for each office.  If you choose to vote in the Republican Primary, you may only choose between the various Republicans.  Hence, when you arrive at your precinct to vote, you will be asked “Are you voting in the Democratic Primary or the Republican Primary today?”  You will then be given a voting card that will have either the Democratic Primary candidates on it or the Republican Primary candidates on it, depending on how you answered that question.  In the past, Democrat and Republican poll workers sat at different tables at the precincts, with their own printed copies of the voter roll, and voters would be directed to “the Democrat table” or “the Republican table”.  Now in Jackson County, the poll workers have electronic poll books that have every registered voter in them, so Democrat poll workers and Republican poll workers work together as Jackson County Election employees to operate the election, and sit at tables together and each poll worker can process ALL voters, regardless of the primary they are voting in.  But to give you the correct ballot containing the primary candidates for the election you wish to vote in (Democrat or Republican), the poll worker must ask you which primary you wish to vote in.

WHAT IS A PRIMARY RUN-OFF?

The winners of the two Primaries (or Primary Run-offs) then face off against one another in the General Election in November.  There, regardless of which Primary you chose to vote in, you may choose anew whether to cast your vote for the Democrat or the Republican (or the Independent if there is one).

About the author:   Diana L. Schmied practiced law in Memphis, TN for 35 years prior to moving to Ocean Springs.  She graduated from the University of Memphis in 1978 Summa Cum Laude with a Bachelor of Arts in Anthropology, with a focus on Urban and Applied Anthropology, and was awarded her Juris Doctorate in 1981 from the Cecil C Humphreys School of Law at the University of Memphis.  She worked as a staff attorney for Memphis Area Legal Services in the areas of Consumer and Elder Law, prior to establishing a private practice that focused on Adoption and Foster Care Law.  She also offered classes and workshops in Civics to high school aged homeschooled youth in the Memphis area.

Back to Top of Page

These monthly meetings are an opportunity for Democrats from all three coastal counties to get together and get to know one another.  This month the location is: Sea Grapes in Gulfport.  Meetings start at 5:30 p.m. and last until about 7:30, but there's no such thing as getting there late, so come one, come all. 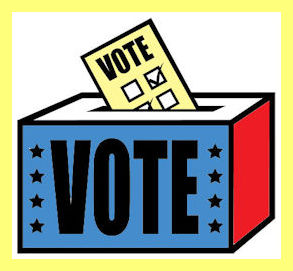